15th October, 2013: I contributed this item about the Eric Pickles road trip.

September 18th, 2013: A small piece in The Times Diary last week about, of all things, Tom Daley’s swimming trunks.

The auction was raising money for The Mercury Phoenix Trust, an HIV charity set up shortly after the death of Freddie Mercury of Queen. Smashing event; I even saw Al Murray do a short gig. Despite the predictability of his routine it always cracks me up.

For The Times. The research involved (a) sending out a bundle of FOI requests to county councils, (b) analysing and, where necessary, re-tabulating the data and (c) calculating the average party attendance within and then across the various councils. Non-subscribers can see the piece here.

An amusing one to write up. The prison cell picture isn’t included in the article, which is a shame as it was quite striking and alluded to more serious themes than the others. Weblink here.

The article also appeared in abbreviated form on page 19 of The Times on Friday, 30th August.

On page 15 of The Times on Wednesday, 28th August. 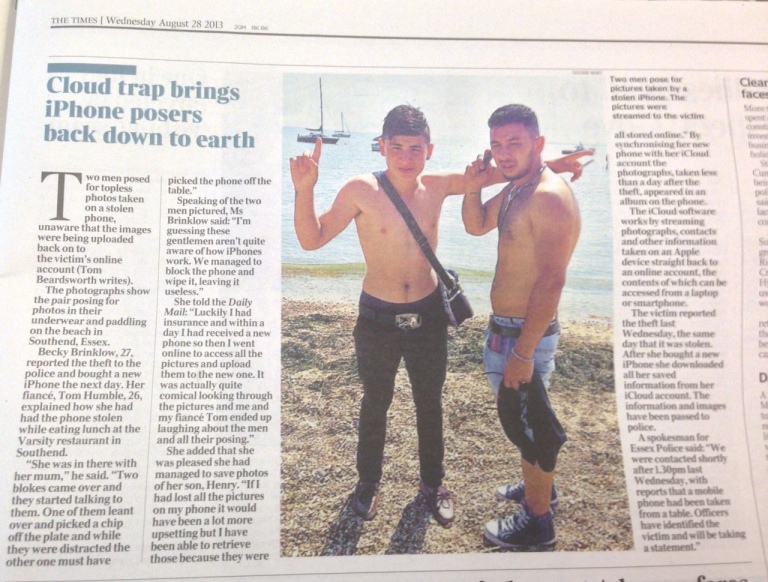 I reported on the controversy (£) surrounding Diane Abbott, the Labour MP, charging an impressive sum to Birmingham University for delivering a talk at a politics seminar. See the pdf here

How proud of my hometown I was to hear of the Olympic champion’s burglary, which fortunately only incurred the loss of a car and some electronics – not the prized gold medals she won in Beijing! 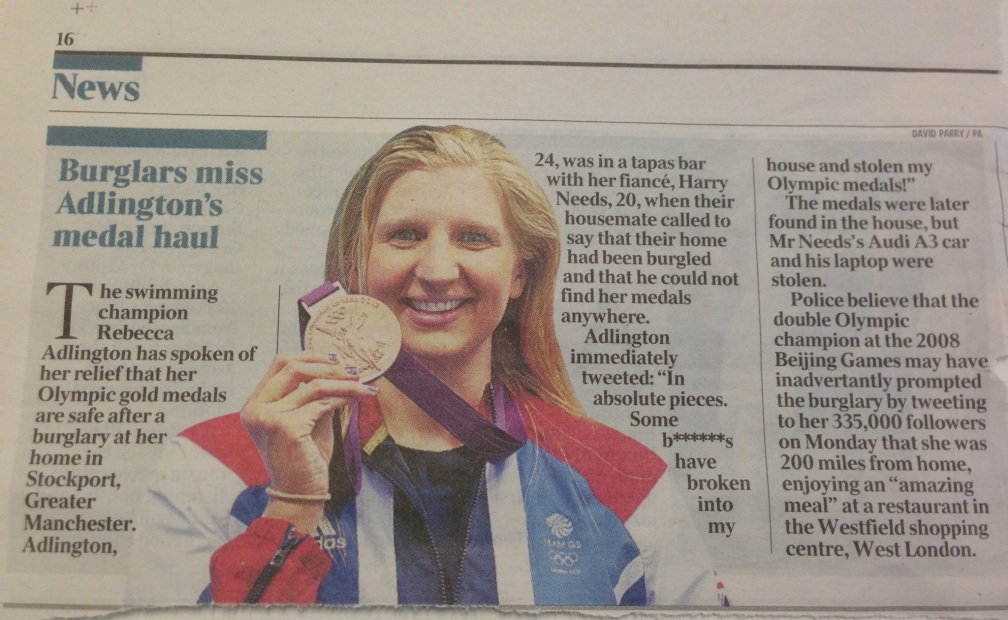 A piece I did whilst on work experience at The Times earlier this week. (£)